To show you this page, we placed cookies on your computer. If you continue on this website, we will use further cookies to maximise your experience and help us to understand how we can improve it.

If you have any questions please complete the form below, and someone will get back to you as soon as possible.
Alternatively, please call 0191 281 8811 or email enquiry@comparestructuredproducts.com 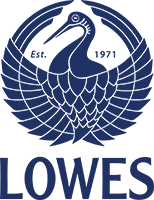 In July we were able to reflect on a vastly successfully period for the structured products sector, with Q2 2021’s maturity results improving on those enjoyed in Q1, which had been the best performing period since the beginning of the pandemic. In our ‘Q2 2021 Maturity Results’ we had reported that of the 135 maturing products, 85.92% (116 plans) realised a gain for investors’, 11.11% (15 plans) returning capital in full without gain, and just 2.96% resulted in a capital loss.

However, it has since been brought to our attention that one of the plans we had listed as being loss making, actually, thankfully, realised a gain. As such, 86.67% of Q2 maturing plans realised a gain and just 2.22% (3) plans resulted in a capital loss, thereby improving on an already successful quarter.

Having been updated, Q2’s maturing plans generated a now improved average annualised return of 6.23% over an average term of 3.34 years.

The plan that we had incorrectly identified as being a loss-making product was the SIP Nordic FTSE 4 Accumulator Kick Out Plan May 2015.

This ‘worst-of’ capital-at-risk plan, linked to the performance of four FTSE 100 shares (BP, HSBC, Anglo American and Vodafone), struck in May 2015 and had the opportunity to mature early on any anniversary provided that all four shares closed above their respective initial level. However, adverse share performance throughout the term meant that the plan ran the full six years, until its Final Index Date on 28th May 2021.

On maturity, the worst performing share (Vodafone) closed 49.76% below the initial level recorded on 29th May 2015, which resulted in just 50.24% of investors’ original capital being returned. However, typical of the zeitgeist pre-regulator intervention in 2015, this plan was somewhat convoluted and incorporated a nuance that in this instance benefitted investors favourably.

When preparing our initial Q2 2021 report, we had overlooked the fact that SIP Nordic FTSE 4 Accumulator Kick Out Plan May 2015 included a ‘lock-in’ feature that meant a 6% gain, payable on maturity, was secured for each underlying share that closed above its initial level on any anniversary. Resultantly, investors’ 49.76% capital loss was offset by a locked in gain of 66%; the plan matured returning a total gain of 16.24%, or an annualised return of 2.54% over the 6-year term.

We have retrospectively updated the Q2 2021 Maturity Results to reflect this performance update. To read the updated report, please click here. Ultimately this correction has improved on an already impressive Q2 performance for the sector, however please note that we welcome all comments, criticism or suggestions, whether they’re positive, or negative. If you do have a comment you’d like to share with us, please don’t hesitate to contact Info@CompareStructuredProducts.co.uk.

Please confirm that you have read the terms & conditions before proceeding.

I have read and accept

Thank you for your request. An email has been sent to the supplied Email address.

If you do not receive your brochure within 10 minutes please ensure you check your spam filter or junk mail folder.

Do you need any help?

Please enter your contact details below and select the callback type you require. We will contact you as soon as possible.

Please ensure the highlighted details are completed correctly.
There was an unexpected error please try again.

Thank you, your request was successful. Click the button below to continue.

I need financial advice
I need non-financial advice
We will use the information you have provided only to contact you in accordance to terms of this contact form and our privacy policy. We will not use your information for any other purposes as specified by this form unless legally necessary in the course of business. For more information view our Privacy Policy.
Close